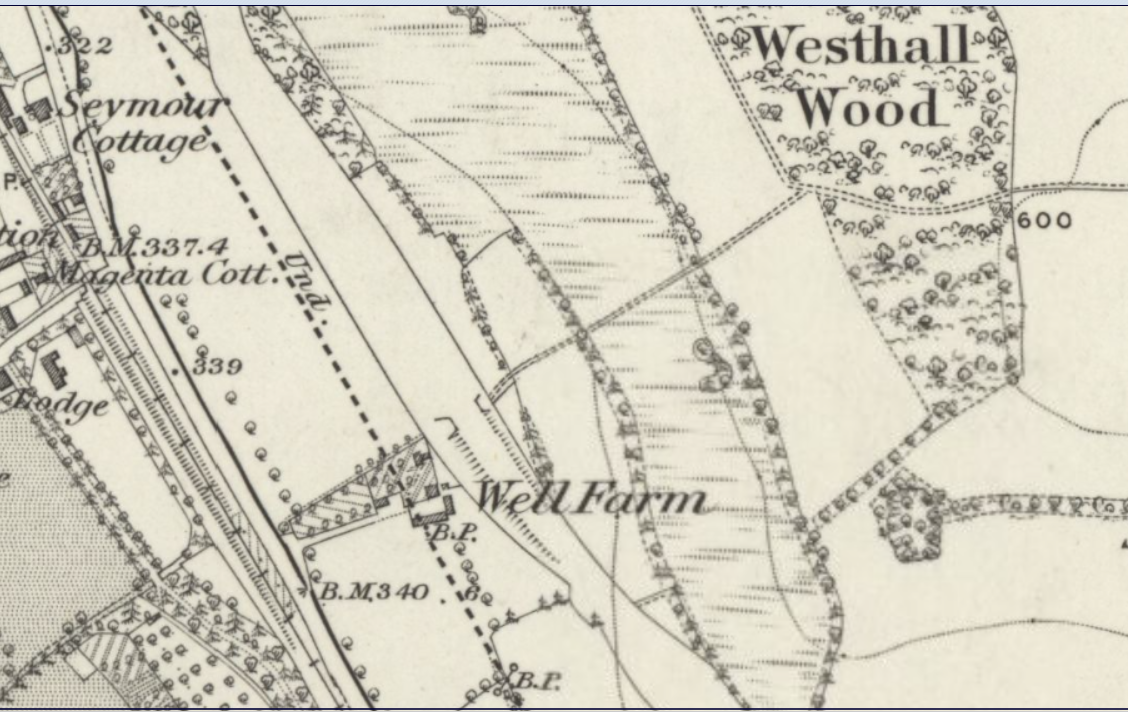 I’m gathering together the main themes of the lantern slides in the OSS collection for the forthcoming exhibition.

The boxes are organised by type of landscape, but this also lends to geographical regions too:

Many of the Surrey commons images are of sites that had been preserved, and I suspect the purpose of the slides were to illustrate talks celebrating the work of the Commons and Footpaths Preservation society in their campaigns, showing their main successes. There are many in the ownership or conservatorship of the National Trust or the City of London corporation commons.

These are some of the main themes emerging:

I’m also compiling a list of archives in other repositories related to the OSS collection at MERL. Here are some of the most relevant so far – if you know of any others for the period 1900-40, do let me know.

I am also reading this book, which has a chapter on the Commons Open Spaces and Footpaths Preservation Society and the National Trust:

Here’s a notice registering footpaths on Buckhurst Park on the Withyham estate of the 11th Earl de la Warr, Ashdown Forest, East Sussex, for the definitive map under the 2006 Commons Act.

All footpaths need to be registered by 2026 or they will be ‘lost’ and will lost their right of way status.

google street view of the location:

Here’s a link to the application: https://www.eastsussex.gov.uk/leisureandtourism/discover-east-sussex/rightsofway/the-definitive-map-and-statement/register-of-deposits-made-by-landowners/withyham-estate

In a recent paper for the Changing Landscapes research network, Prof Paul Readman argued that aristocratic landowners have been keen to register definitive footpaths on their estates, not out of benevolent belief in the right to roam, but rather so they can define more easily the routes that people can and more importantly, cannot go. Registering footpaths was therefore a practice of exclusion, as it could be a defensive measure against open access.

for a list of current applications, challenges and cases. 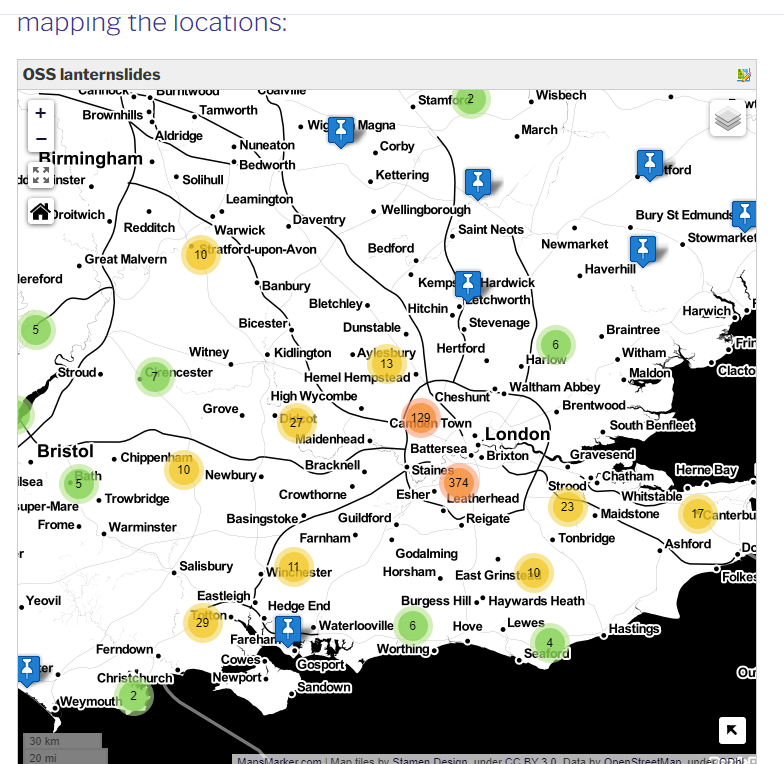 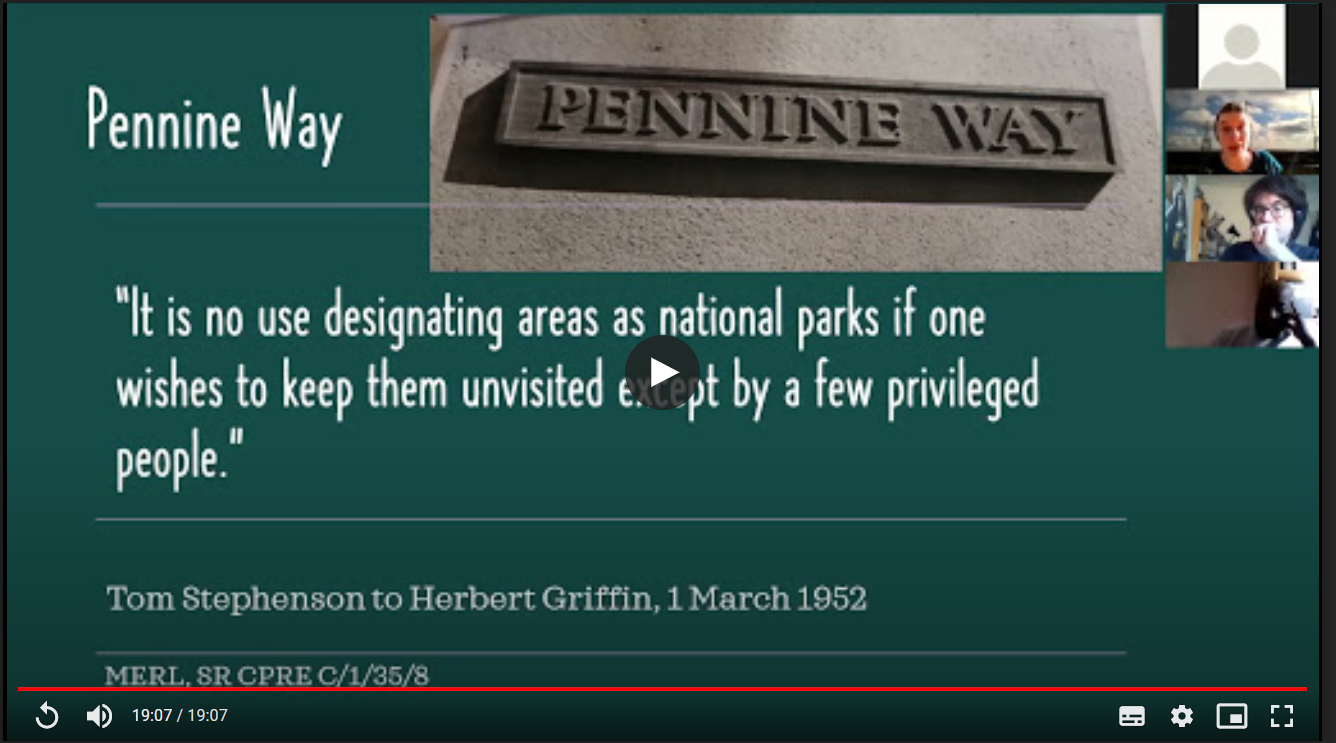 You can watch my short paper on the history of preservationist movements, access, amenity and the Industrial Pennines, for the University of Reading Changing Landscapes AHRC network symposium, 30 March 2021.

Link on their webpage, with some of the other talks, including Corinne Fowler on her work on Green Unpleasant Land, and Paul Readman on footpaths: 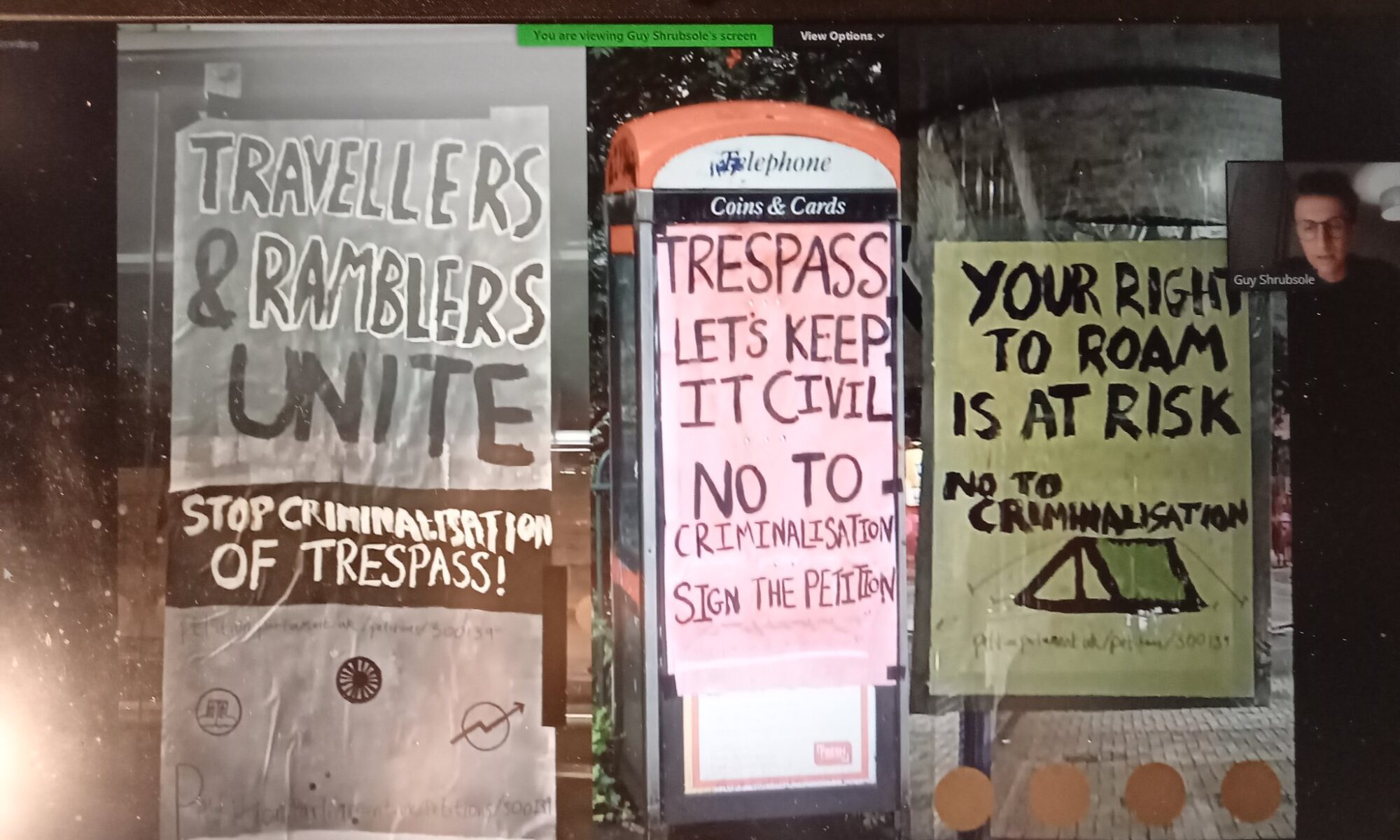 David Mead for the LSE blog: 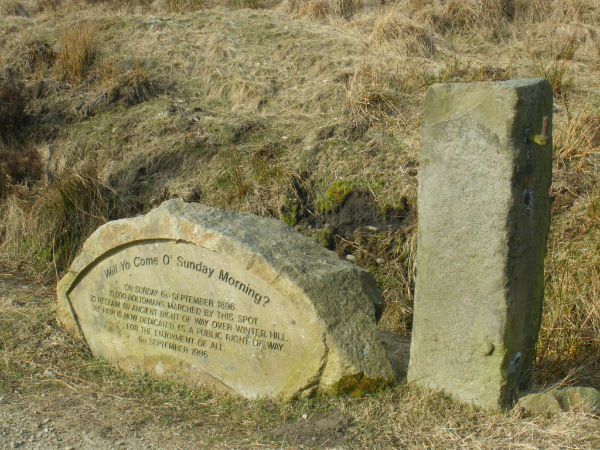 On 12 March 2021, I took part in an excellent discussion about the Winter Hill mass trespass near Bolton in 1896.

Local historian Paul Salverson, land reform campaigners Guy Shrubsole and Nick Hayes, and actor Maxine Peake spoke, alongside me. We were chaired by Bolton FM’s Keith Harris. It was a great evening with a large number of local people participating.

report on the event in the Bolton News:

Write up on this Victorian Bolton blog: http://victorianbolton.org.uk/the-winter-hill-mass-trespass-zoom-meeting

The organisers of ‘Winter Hill 125’ are hoping to hold a commemorative walk in September this year.

The Open Spaces Society have now uploaded their lantern slides images to their website: http://images.oss.org.uk/

You can purchase hi-resolution copies of the images from their website.

I’m still working my way through them all, classifying them and geo-locating them. The images are collated in themes, presumably in different boxes that were taken along to illustrate different talks and campaigns.

There is a whole ‘box’ for example on the Pilgrim’s Way in Hampshire.

I will be doing the stats on which places are represented in the collection as soon as I’ve finished geo-locating everything, but it seems that the 1000 or so slides focus mainly on southern England, and are often records of places just after they had been preserved or bought by the National Trust and other bodies for the benefit of the public – e.g. Kenwood and Hampstead Heath figure highly. There are hardly any slides from northern England or Wales. The focus is also on large areas, and long-distance footpaths.

These are the main themes I am going to explore:

There is a whole section of images of rivers and waterways, in connection with various campaigns to open up towpaths and access to embankments etc. Riparian access is still an issue today.

b) Woods and forests

There are many slides showing woods, and particularly individual trees and broad-leaved deciduous. This derives from contemporary concerns about the impact of new plantations of conifers and sylviculture, both by 19th century estates and by the 1919 Forestry Commission.

One could refer to the historic symbolism and uses of the ‘old oaks’ (for perambulations, boundaries, etc)

Burnham Beeches is a large section of the collection, and I have been in contact with a conservator from the City of London about the trees.

The impact of the 1987 great storm on the trees that are pictured in the collection would be an interesting side-project.

There is one ‘box’ of lantern slides showing a of the OSS’s campaigns. These include a few images like this:

I’ll write a future blog post about the Sunnyside Bradford trespass campaign in 1930.

There is another slide showing the society removing obstructions at Ribchester, Lancashire, 1930, but very little about this, so this is something I will look into more. If anyone has any information about this, let me know.

And more individual actions such as ‘removing an obstruction, Otterburn, Northumberland, February 1936’. Also actions against farmers ploughing up of footpaths, e.g. between Banstead and Woodmansterne, Surrey.

My Rural Modernism network has been working on these themes, so there is much material on the impact of energy and transport infrastructure on landscapes, and the role of preservationist campaigns in e.g. public enquiries.

Militarisation and requisitioning of landscapes during and after World War I is also a related theme. See the excellent studies by Marianna Dudley on this topic for the post WWII period. 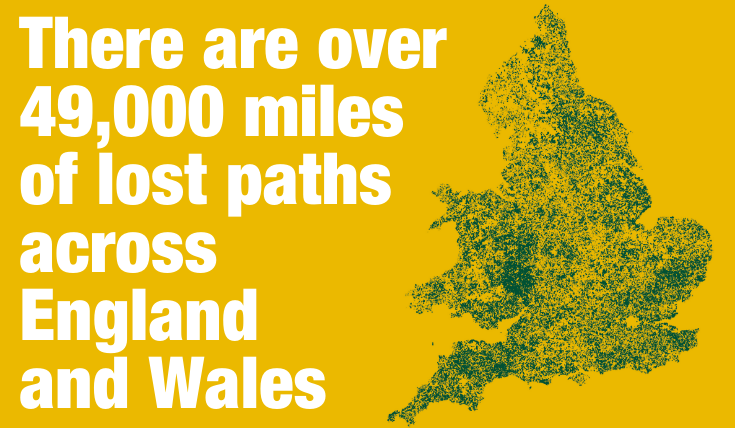 I was interviewed by Bill Bailey as part of a feature on BBC1 The One Show about the Ramblers’ Association campaign ‘Don’t Lose Your Way’. We were filming on footpaths near the Crooked Chimney, Lemsford, Hertfordshire.

The Ramblers are seeking to record and save lost footpaths in England and Wales before 2026. Jack Cornish of the Ramblers is also interviewed on the programme about the campaign.

Available now on iplayer for the next couple of weeks. From 15 minutes in:

I’m trying to find the locations of the Open Spaces Society lantern slides at MERL. Can you help with the more tricky images? They are labelled very generally, or just show a tree or a field. Comment below with suggestions.

Information on the Roman Road south of Croydon by Pengeology: