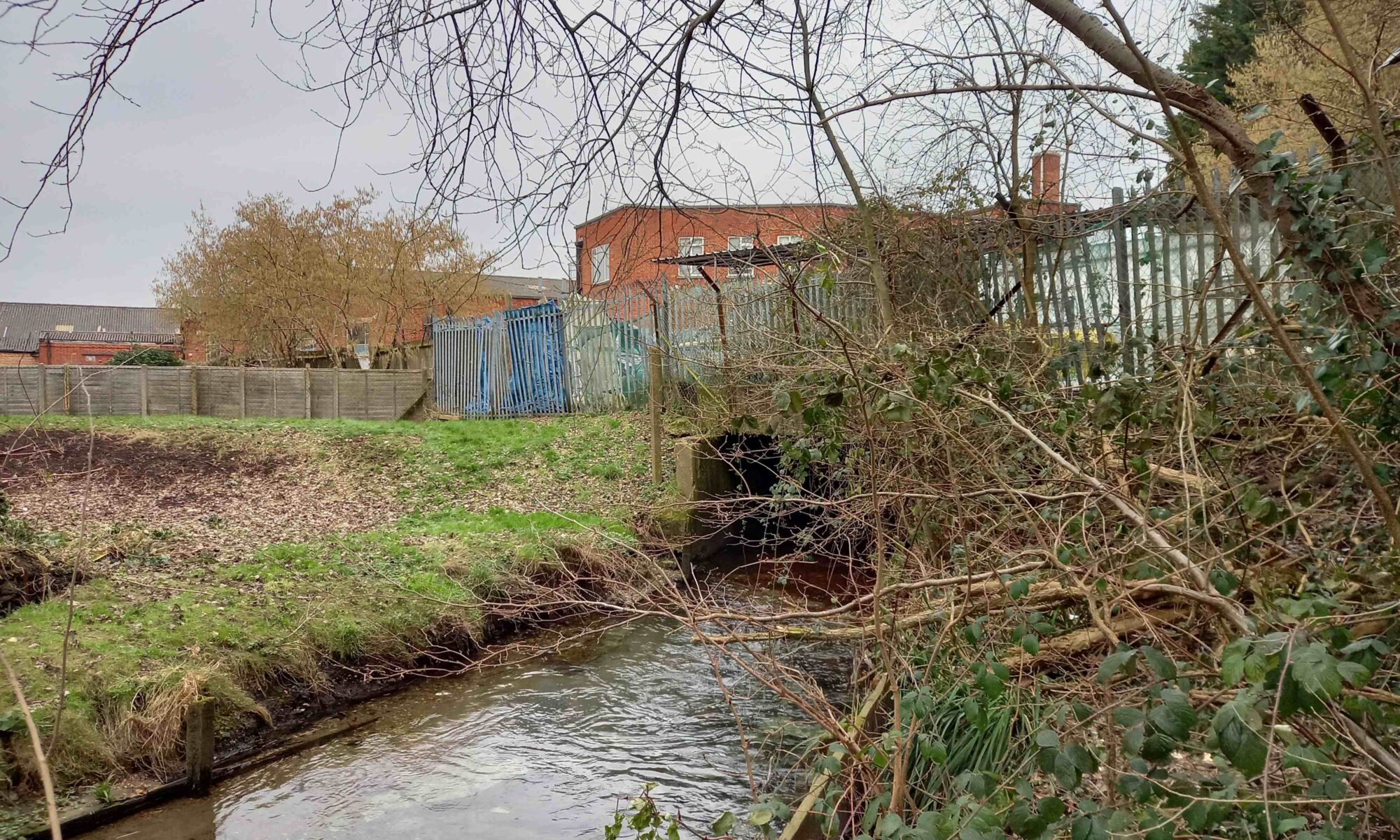 The closest locations of the OSS lantern slides to where I live are Waddon Ponds and the ones marked ‘Wandle Mill’. The images are a bit vague, so I am still working out exactly from where they were taken.

Wandle Mill was the manorial corn mill. Looking on the OS map, a large corn mill, with watercress beds, alongside the river Wandle just downstream from Waddon Ponds. It no longer exists but is the site of an industrial estate, including a pomo multi-storey carpark full of cars stored by a second hand car dealer, and various small workshops.

A court case was pursued in 1854 by the owner of Wandle Mill, about the rights to use and divert the water to power the mill. The 1849 Public Health Act had enabled the local Board of Health to dig a well as part of the major improvements in sanitary and water provision for Croydon. Indeed, Croydon became known as the first town to implement a comprehensive sewage system and water supply under the powers.

See this analysis of the Croydon sewage improvements by Nicholas Cambridge: https://www.buckingham.ac.uk/wp-content/uploads/2013/04/Sewage-Treatment.Dr-Nicholas-Cambridge.pdf

Also the parliamentary report on the Board of Health improvements:

The river was diverted at the end of the 19th century, creating watercress beds, and later allotments. The corn mill closed in 1928.

From a Croydon council leaflet: https://www.croydon.gov.uk/sites/default/files/articles/downloads/waddon-ponds-history.pdf

“In 1910 records show that Waddon Ponds belonged to two estates, Waddon Court, which was owned by Mr Crowley, and Waddon Lodge which was owned by Miss Mary Waterall. When the two owners died the Corporation bought part of both estates in 1928 following a vigorous campaign by Mr Pescott Row an author of books about the beauties of England. To commemorate the efforts of Row another local author H.M. Tomlinson donated a sundial to the park. The rest of both the estates was sold to developers and new houses were built in Waddon Court Road, Lodge Avenue, Limes Avenue and Wandle Side.”

The Ridgeway and other streets were built on the new streets in the 1930s: One view that hasn’t changed much since the lantern slide is this one of the cottages and snuff mill by the Wandle as we cross into Beddington.

History of the Snuff Mill: http://www.wandle.org/mills/beddingtonmill.pdf

John Hassell in 1817 described what had previously been a pleasant walk along the Wandle: