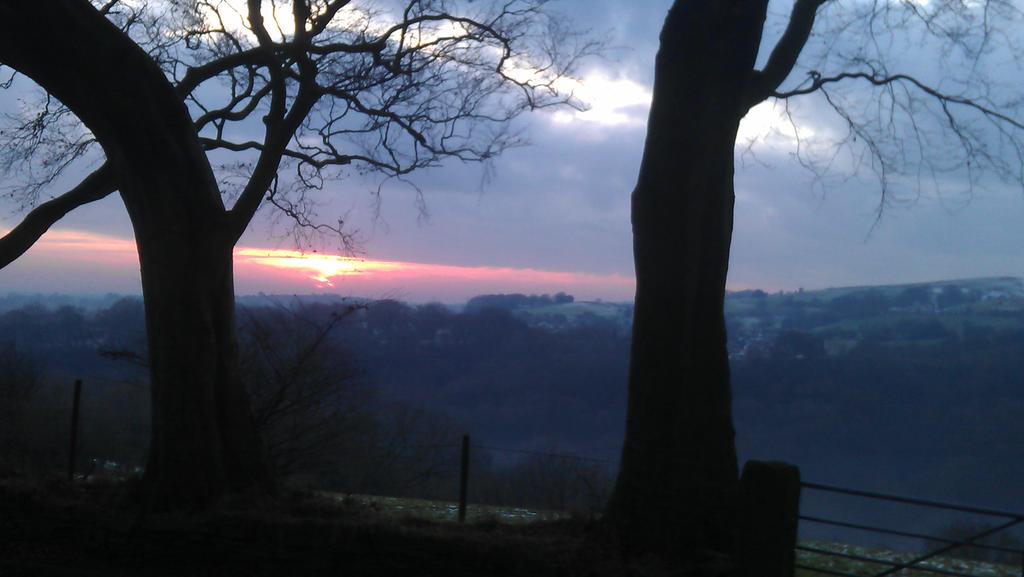 “You could not escape the moors. They did not impose themselves. They simply surrounded and waited. They were withdrawn, they hid behind their edges showing their possessions only upward, to the sky, and they preferred to be left alone, seeming almost to retreat as you approached them lifting away behind one more slope of rough grass or parapet of broken stone. And however rarely you climbed to investgate them in detail, they hung over you at all times. They were simply a part of everything you saw. Whether you looked east, west, north or south, the earth was held down by that fine line of moor, mostly a gentle female watery line, moor behind moor, like a herd of enormous whales crowded all around at anchor.

… If any word could be found engraved around my skull, just above the ears and eyebrows, it would probably be the word, ‘horizon’.”