I’m currently working on the history of litter, litter bins, and anti-litter campaigns. Orange peel comes up a lot in the 19th and early 20th centuries. Council bye laws often had specific clauses against the dropping of orange peel in particular, with heavy fines against what was classed as a ‘dangerous substance’. And today I ended up in a rabbit hole of newspaper articles warning about the dangers of orange peel on pavements.

As with other items, it is evident that the rising concern about orange peel relates to the increasing availability and therefore affordability of oranges as a foodstuff, together with the realisation of urban residents about the materiality (hardness, slippiness) of pavements. Before the mid 19th century, only the main streets would have been paved under Improvement Acts, whereas later on, the city streets all became ‘hard’ and slippy rather than just muddy.

in Henry Mayhew’s London Labour and the labouring Poor, litter or ‘refuse’ is specifically identified as orange peel dropped at marketplaces, for which there was a secondary trade by the Irish ‘refuse’ sellers. 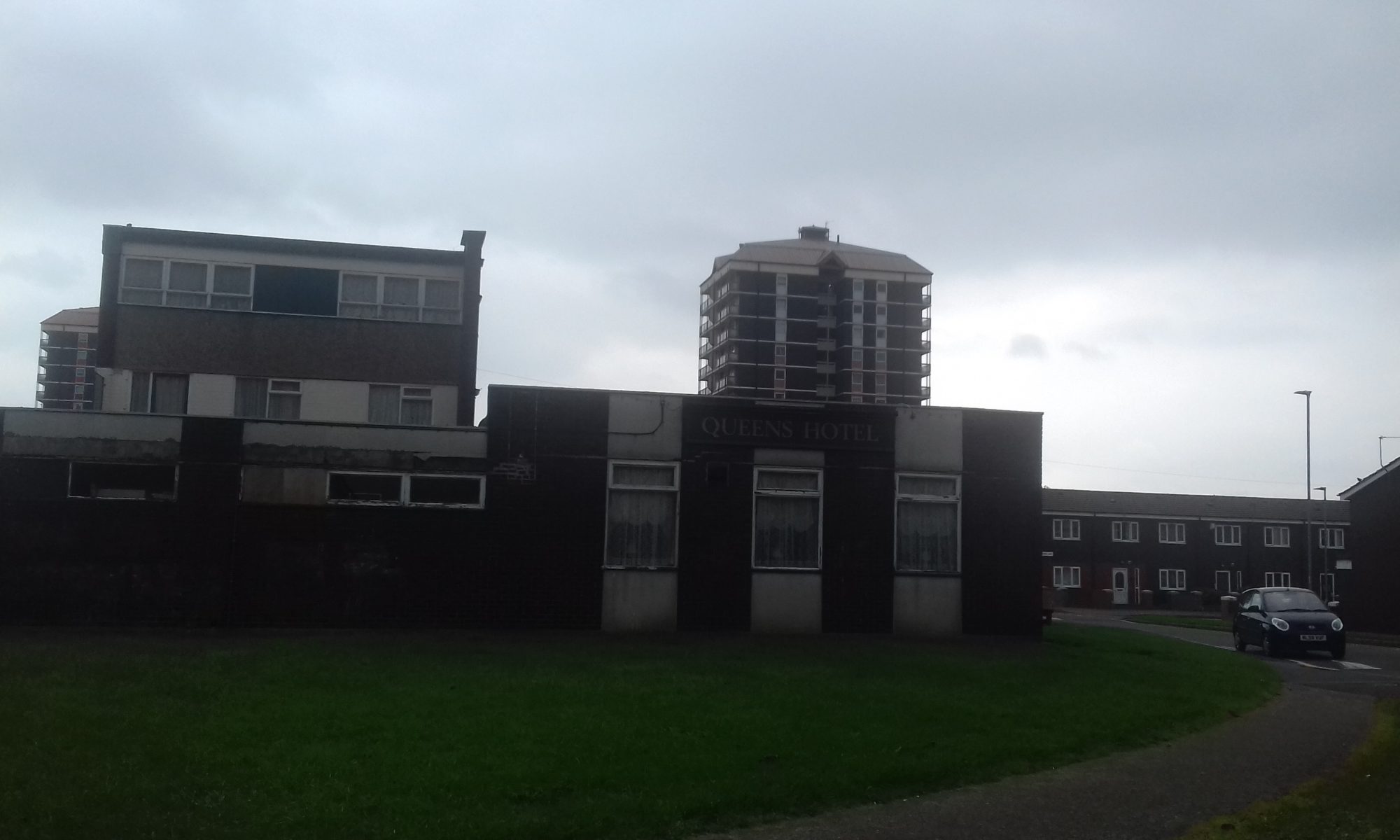 Last week I met the lovely organisers of the Once Upon a Time history group at the Manchester Communication Academy, Collyhurst.

Talking to them about my quest to find more about the residents and spaces of Cropper Street/Osborne Street, they reminded me of the importance of micro-geographies: the social and sectarian boundaries that are invisible from all maps and most written records of places. So as historians and historical geographers, we need to drill down to the micro: the difference between one street and the next, the persistence of ‘parish xenophobia’ as Keith Snell perhaps somewhat pejoratively put it, the subtle gradations in social class that only residents recognised and acted upon.

Here are the front covers of a couple of their magazines. They talked vividly about the significance of that red rug on the bannisters of the ground floor flat. I won’t share the personal story here, but it reminds us again to be acutely aware of such signs, and listen to the people who remember what they mean. 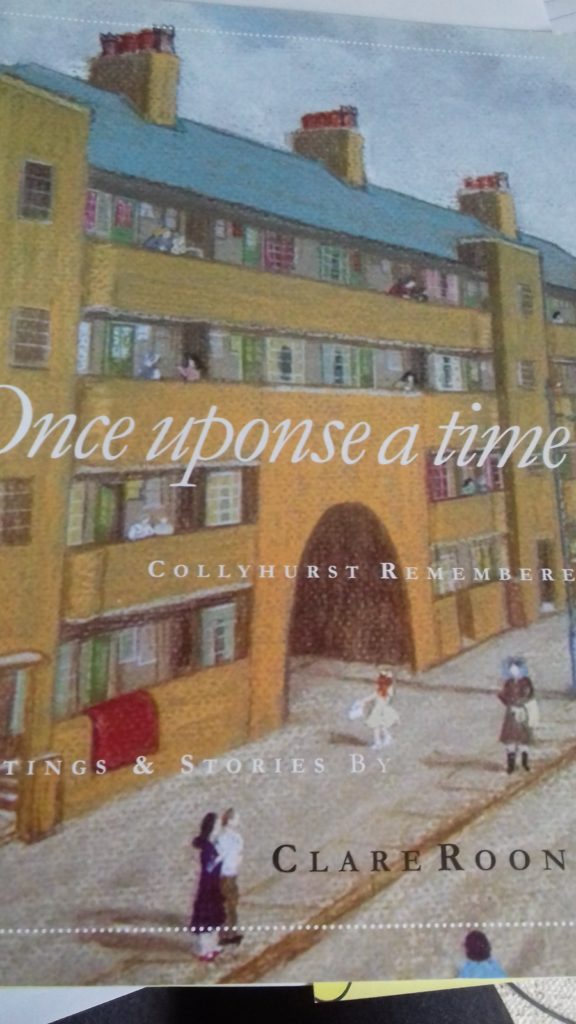 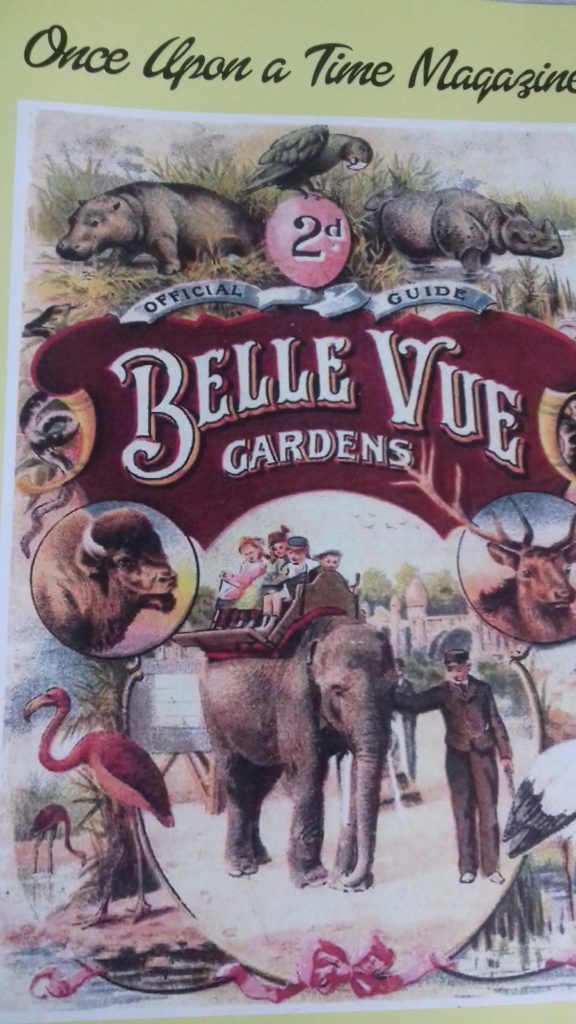 If you have memories to share about Osborne Street, Collyhurst, do get in touch with me – k.navickas@herts.ac.uk, or through the Once Upon a Time Group: https://www.communitymca.co.uk/becomingamember

I’m currently working my way through the council bye laws of my case study towns, especially those produced in c.1890-1920 in relation to the Municipal Corporations Act of 1882, section 23, ‘power of councils to make bye-laws’.

Much of the literature on public parks comments on rules and regulations as evidence of the intent of municipal authorities to control the activities and recreation of the lower classes, enforced through park wardens and the middle classes. Urban historians have similarly commented on bye-laws regulating street behaviour in a similar way. Patrick Joyce argued that park regulations and similar rules enacted a mode of ‘liberal governmentality’ on Victorian society, applying a Foucauldian model of ‘surveillance and punish’ and power to the Victorian urban streetscape. He also suggested that such spaces were heterotopic, or in simple terms, people could misbehave and not follow the rules set by the elite in those spaces.

Here are some of the more amusing bye-laws I’ve quickly surveyed:

No person shall in any street or public place throw or leave any orange peel, banana skin, or other dangerous substance on any footway.

Here is the debate about which part of the street this rule should apply to:

No person shall place or suspend any flag containing any advertisement relating to any trade or business, in, over, or across any street to the annoyance of residents or passengers or to the alarm of horses.

Most of the byelaws are in the vein of social control of the lower orders, but laws like the above ‘suspension of flags across streets’ is both a continuation of the older 18th century improvement act regulations against shopkeepers putting adverts for their businesses out in the street, and a prelude to the aesthetic critique of street ‘clutter’ (advertisements, telegraph poles, aerials) that came to dominate the preservationists’ campaigns against ‘subtopia’ or the encroachment of the town on the country.

This article exposing how the resurfacing of the road at Cutteslowe, Oxford, stopping where it reaches the old boundary of the wall that separated private from social housing – shows the materialities and economics of the long legacy of that division:

Council accused of reigniting “class war” on once segregated street

I’ve recently visited three US cities: Boulder CO, Portland OR and Seattle WA. Wandering round neighbourhoods in all three, I saw similar placards in front gardens, driveways and windows. These are liberal cities, so the most common placards to see were defiant Black Lives Matter placards, and also, variations on a poster about welcoming all genders, sexualities and ethnicities, and the placard starting with ‘in our America all people are equal…’

I may come back to how the placing of these placards in front yards of people’s homes in residential neighbourhoods change the nature of public space in different ways to posters displayed on shopfronts. Hopefully there is already work being done in sociological and cultural geography studies about the identity politics of the campaign propaganda.

What I also noticed in many neighbourhoods were placards from more local campaigns around housing policy, gentrification and more specifically about the building of affordable housing. The placard above in a residential neighbourhood of Seattle was opposing the 2014 HALA  (Housing Affordability and Livability Agenda):

For Portland, see this pair of op pieces:

The scholarly literature on American cities and gentrification is much more advanced than that of the UK in cultural geography, urban studies and sociology. From David Harvey onwards, there are numerous strands on the neo-liberal city, including by Setha Low and others. I’ll keep updating my bibliography on this, but if you have suggestions of useful material to read on this more specific issue of policies  to address unaffordable housing with altered planning, do comment below.

But the point of view of the residents in the neighbourhoods making these protests is also clear and understandable in terms of the impact on their public space and established forms of community. It was really noticeable walking around that after going through a leafy neighbourhood with older wooden detached houses, some derelict, one would turn a corner and there would be large construction projects of apartments. And it would always be flats. So the level of greenery would be lessened; more density changes the functions and functioning of the local communities.

In such cities with a very high cost of living (and the mass homeless issue in Portland and Seattle is another separate issue), problems of housing are acute and it is interesting to compare the debates around affordability, supply, zoning and city policies with what has been going on at home, not least in Croydon where every other office block has been bought up and changed into ‘luxury’ flats following the relaxation of restrictions on change of use a few years ago, spearheaded by the then MP and housing minister Gavin Barwell.

I’m piecing these somewhat disconnected bits of my holiday with current local issues at home with my research because I’m currently reading Peter Saunders, Urban Politics: a Sociological Interpretation (Hutchinson & Co, 1979), which is a sociological case study of planning policy in late 1970s Croydon. It has a whole chapter on why and how ‘the deep south’ stockbroker belt of Purley and Sanderstead opposed building on the Green Belt on their outskirts, using the justification that they were not nimbyists, but also preserving open space for the benefit of the poorer residents of the north part of Croydon, Thornton Heath and South Norwood. Yet because in effect the great and the good of the ‘deep south’ were part of the political elite, they were able to influence council policy, and the effect of rejecting development plans in south Croydon intensified the problem of lack of housing and public space in the north of Croydon. (pp. 242, 248).

questions I will be thinking about and trying to find more literature on relating to the US comparison:

I’ve also been comparing the US Open Spaces society and their National Parks movement history with the UK equivalents, but as that’s rural and this post is urban, I’ll leave it until a future post…