What is public space? Has it always been public? What is private space? Who has the right to use it? How has it been contested?

This website is the project of Dr Katrina Navickas, exploring the history of public space in England from c.1700 to today. 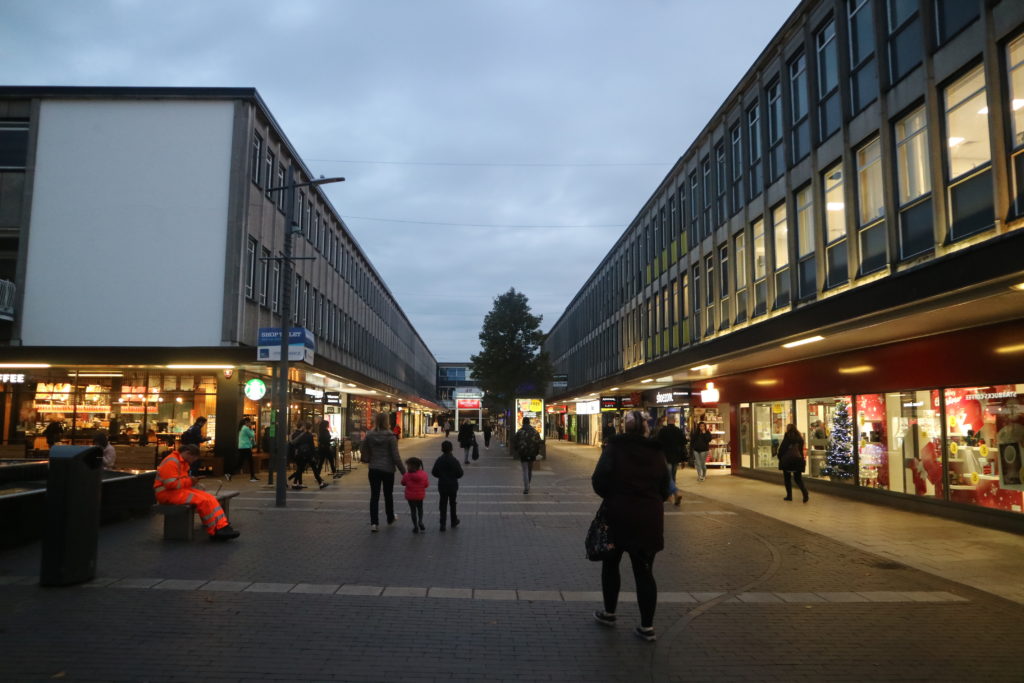 Contemporary urban regeneration and social protest movements have raised urgent questions over the ownership, policing and uses of sites where people meet, play and protest. But often such debates lack full consideration of how contested sites have been shaped by much longer histories of planning, legislation and local resistance.

From enclosure and improvement acts in the 18th century, through planned settlements in the 19th century, to slum clearance, new towns and Business Improvement Districts, and private-public initiatives in the 20th and 21st centuries, public space has been contested and privatised. I will ‘deep map’ particularly resonant sites in England, including north Manchester terraces and squares used for demonstrations, Pennine moors, public spaces in Croydon, Stevenage and other new towns.

I am always seeking the micro or ‘hidden’ histories of locales. If there’s a particular public space, be it a large open site like a square or a field, or a more hidden site like a back alley, that means something to you or you know of its history, I’d love to hear from you. I’m particularly interested in planning disputes and protests that have resonance to the present day.

This is the groundmap, charting the histories of the sites I will be exploring over time, and also links to some of the campaigns about public space/commons:

now the site of the new council building [we still miss Taberner House 😢] pic.twitter.com/AUcYqDkVdw — Katrina Navickas (@katrinanavickas) May 28, 2020 which I think is where the *so not dated* Virgin Media building is pic.twitter.com/wC1uq4Jz65 — Katrina Navickas (@katrinanavickas) May 28, 2020 further reading: John Broughton, Municipal Dreams

END_OF_DOCUMENT_TOKEN_TO_BE_REPLACED

#heritageofprotest a thread on the history of protest meetings and public space — Katrina Navickas (@katrinanavickas) May 25, 2020

Public and private space in England – a brief history and bibliography.

I’m recording some 5 minute podcasts on my main ideas for the book.

episode 1b: who are the public in public space?

episode 3: the coming of war